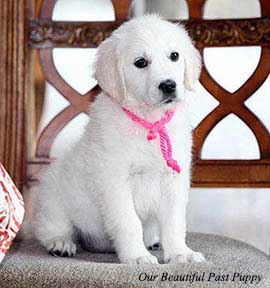 Specializing in Longevity, Temperament and Beauty

Our past Maximus puppies (shown above) were simply gorgeous. Those families lucky enough to have reserved early, received beautiful healthy puppies. Read what they have to say.  Plan ahead and reserve a puppy early. Mother Nature permitting 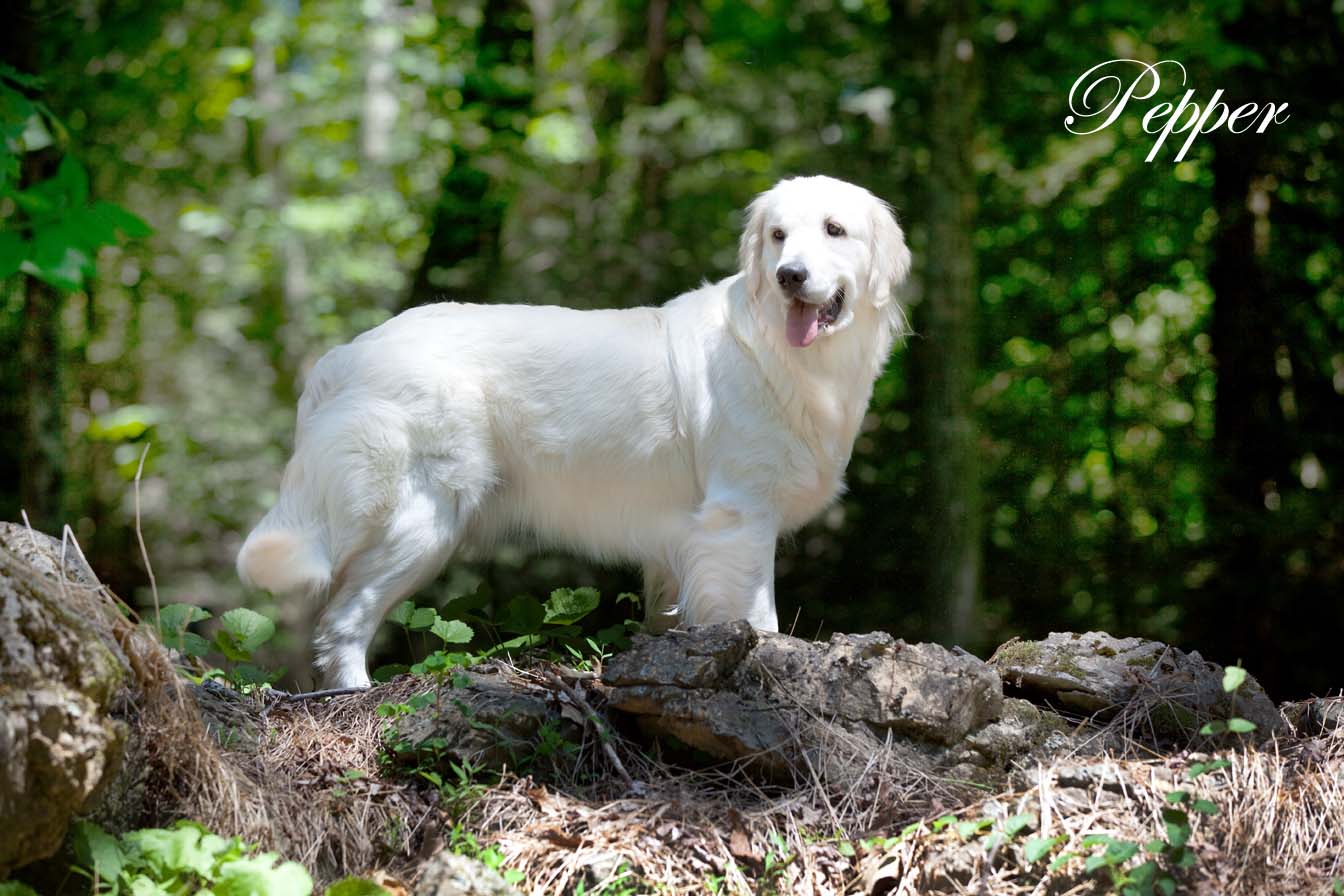 Terms and Conditions: A Deposit to reserve a puppy from either litter is Non-Refundable. Our holistic healthy pups are sold as pets only with limited Registration.  We are not a conventional breeder of Golden Retrievers, we specialize in a holistic and homeopathic approach to breeding and teaching longevity to new owners thereby helping to avoid the number one killer in Golden Retrievers,CANCER!.

Our three proprietary lessons are in place to help the buyer achieve a much extended lifetime with their new puppy.  These lessons  must be learned prior to receiving a puppy. If prospective buyer is not interested in learning how to avoid cancer and disease thereby giving our puppy a much extended lifespan, we ask the buyer kindly look elsewhere. If a buyer has a deposit sent in already and is found to have little or no desire to learn our lessons to keep our puppy safe from Cancer, the buyer will be terminated and their deposit will be forfeited  Remember, you are not buying a puppy from a conventional breeder. Color shade of puppy can never guaranteed. If one of our AKC English Cream Golden Retriever puppies are not in the cards for you, please consider your local rescue for a homeless Golden or a conventional breeder. No breeders please. Our Puppies are sold with Limited Registration only. 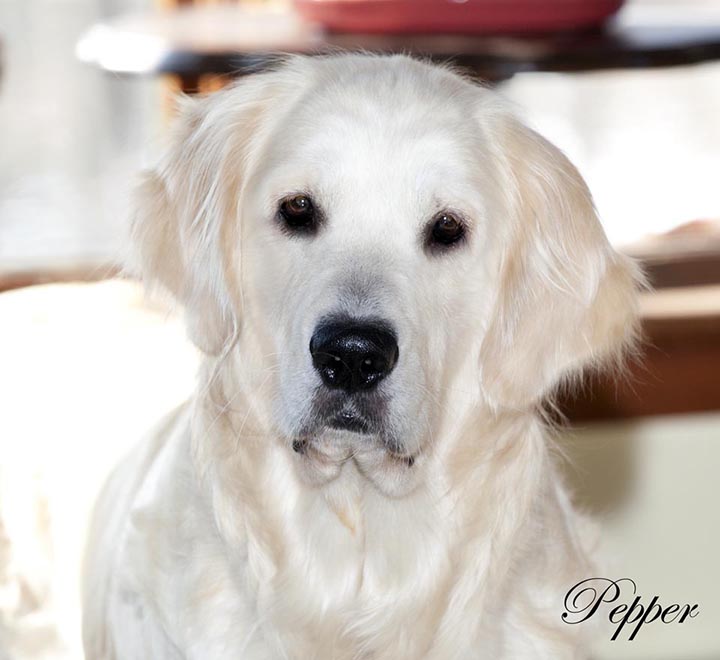 Meet our very pretty female Pepper. What a sweet English Cream Golden Retriever she turned out to be. Her past puppies have been proven nothing short of fantastic. You will be very happy with a Pepper and Maximus puppy. (Mother Nature permitting) Plan ahead and reserve early! 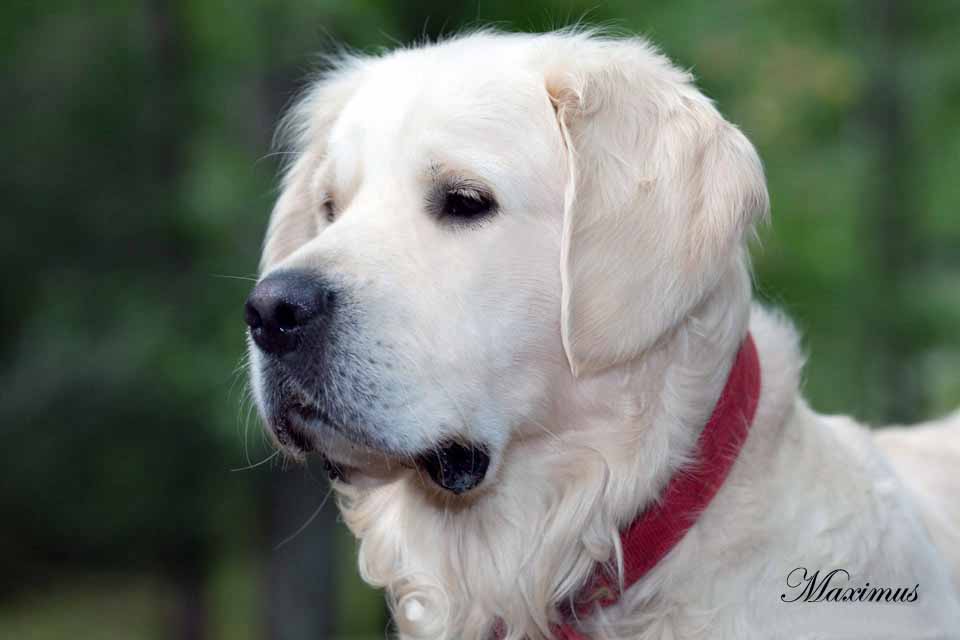 An elderly woman called me recently and told me her Golden Retriever just passed away at 25 years old.  I gave her my condolences and asked her what she attributed her Golden's long life to. After speaking with her at length, I realized that she understood what it takes to achieve longevity in Golden's.

All our new Golden Retriever Puppy owners will learn all of what it takes to achieve a very long life from me with their puppy. New owners should not have to accept their beloved Golden Retriever will be doomed statistically get cancer and die young 73% of the time between 3 and 10 years old! These are very sad statistics.

I will teach every new owner with three proprietary lessons (via e-mail) how to achieve a much, greater life span ..  You will learn how to give your puppy a fighting chance to live into their 20's. I want our puppy, we provide to you, to live a full and happy life and not a life that is cut in half with cancer and disease resulting in  emotional heartbreak and huge Vet bills often far exceeding the cost of one of our puppies. I will teach you how to achieve Longevity! That's my promise to you. If however, your not interested in learning my three lessons to keep our puppy safe, please look elsewhere. There are plenty of breeders who would love to sell your their Golden's.

Feel free to ask me why our puppies have no parasites when born, no hip dysplasia, no eye, heart and lung or joint issues . Ask me why we have no runts in any of our litters! 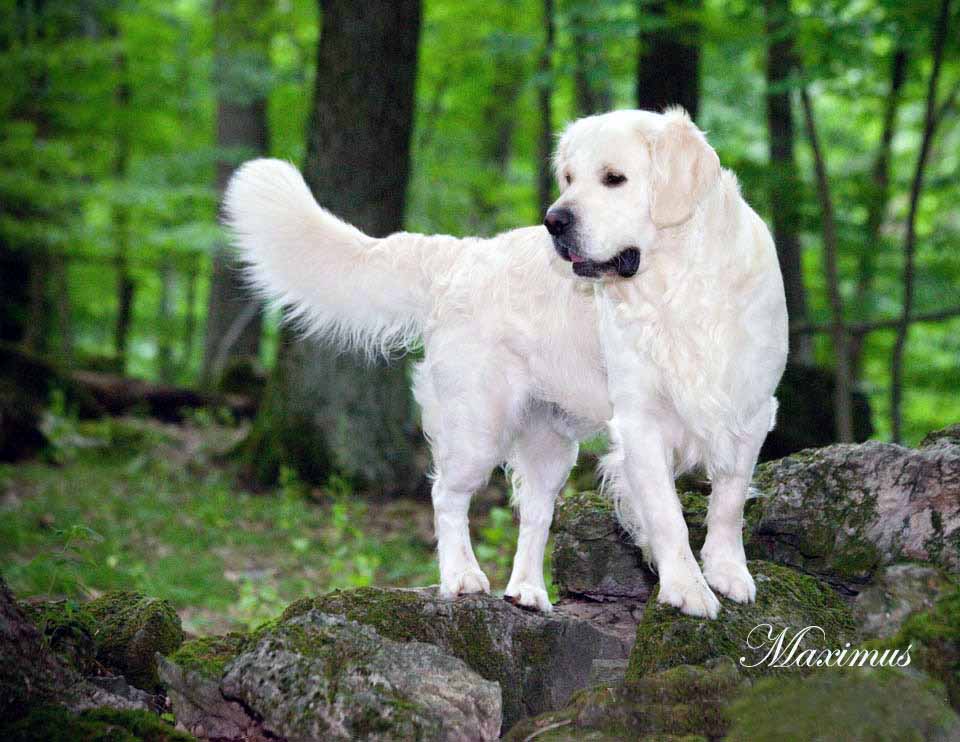 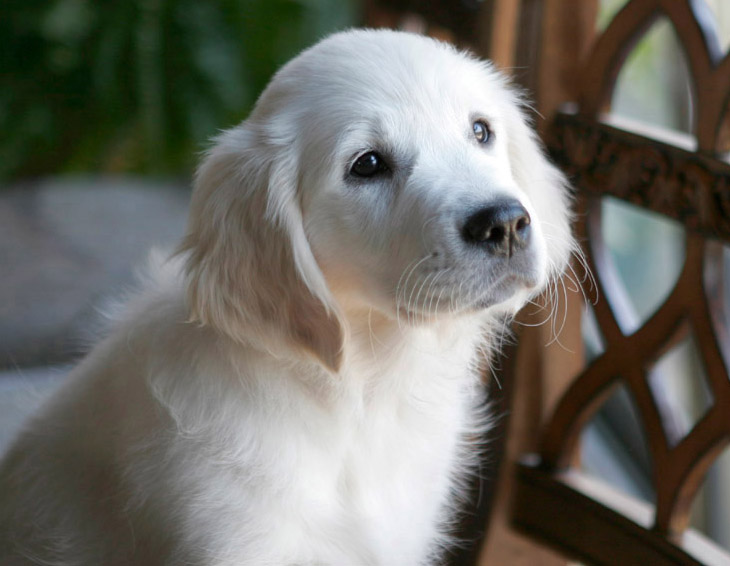 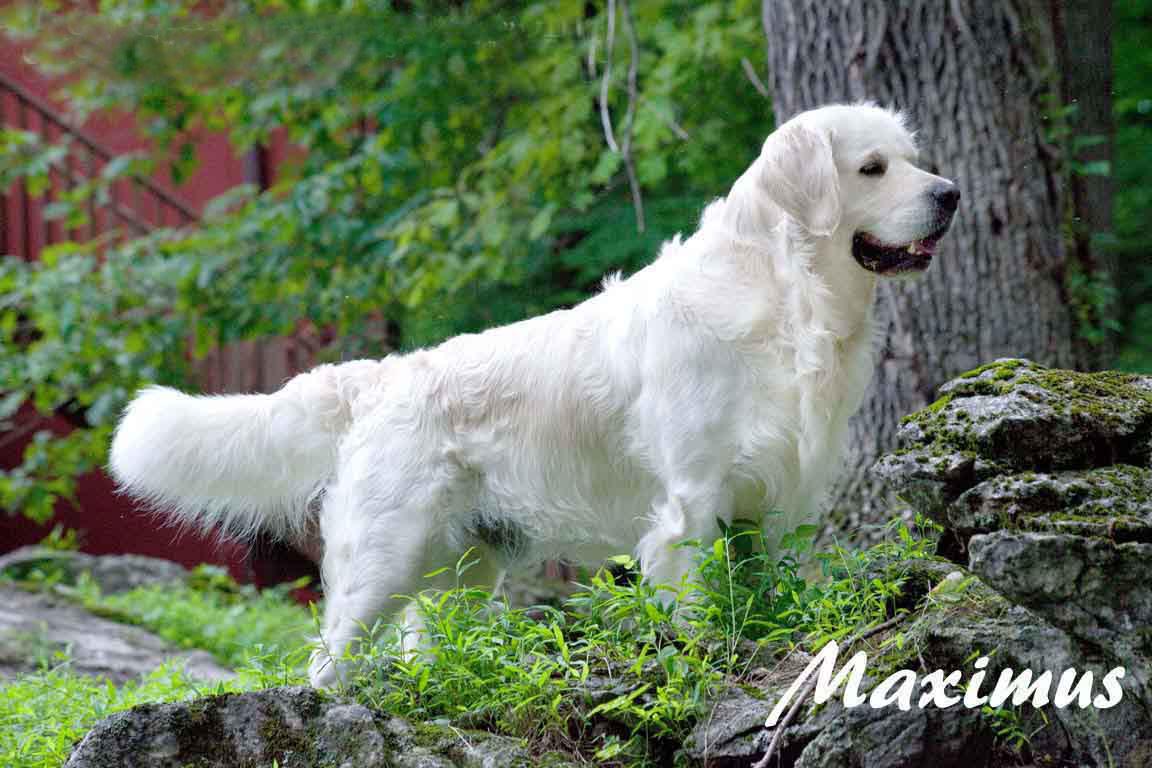 The face of an Angel!


If You Currently Own a Pet With Health Issues And Would Like Help:

Please fill out my Health Form and write down any question you have about your dog and the best time to reach you, I will do my best to help you.

Meet Maximus, our Sweet and handsome blocky head, AKC Certified, English Cream Golden Retriever Male. His championship linage traces back to "Dew Mist Kennels" in Sweden.  He is our pride and joy. Reservations now being accepted from qualified families for a puppy from  our expected 2022 breeding. (Mother Nature permitting) Plan Ahead!

If your lucky enough to have reserved early, you will be rewarded with the sweetest Maximus/Pepper puppy you will ever know. (Mother Nature permitting)

Read what owners have to say about our past Golden Retriever puppies. See Pepper and Maximus's past puppies.

History Of The Golden Retriever

What's included with your new puppy: 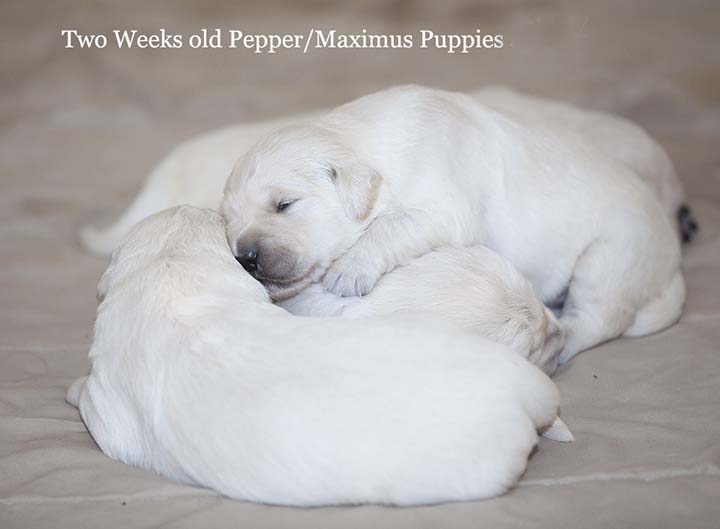 Characterized by the view that a

must be treated rather than simply

Loosing a pet, the grieving process

is Dedicated to the late Steve Irwin

whose love for animals brought

joy to millions of people worldwide

We will  miss you Steve.

“What is man without the

beasts? If the beasts were gone,

man would die from a great loneliness

of spirit. For whatever happens

to the beasts soon happens to man.

We are currently accepting reservations from qualified applicants for our upcoming 2022 breeding between Pepper and Maximus.  All our puppies (Mother Nature permitting) are VERY sweet natured, loveable, very healthy and well socialized before you receive a English Cream Golden Retriever puppy. Plan ahead!

"Almost everyone has cancer cells present at times in our bodies.    If our immune system is working properly, these cells are killed or reabsorbed by our defense system before they begin to grow and threaten our health. The only real defense against cancer is the immune system."

"Cali, your pup, (now 9 years old), has been great-best dog we’ve ever owned. Super smart, a hunter, and temperament couldn’t be better.
Hope you guys are well"